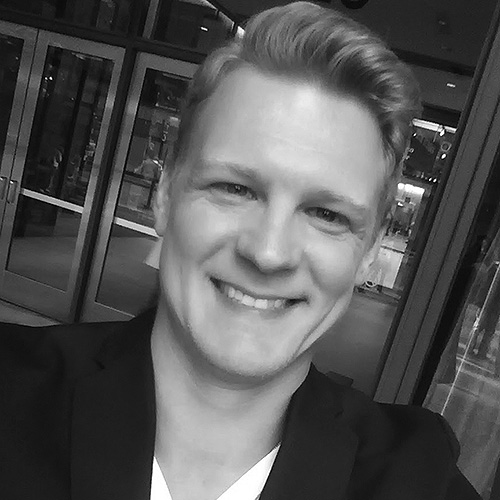 Derek currently serves as the Membership Director for the PLP. Since joining the board, he has served on the tech crew for “Harvey” and assisted in the lobby and backstage for “Annie“.

Derek has had a passion for theater ever since he was a middle schooler in Eden Prairie, where he grew up. He has been in several musical productions, such as “Kiss Me Kate”, “Fame”, “Joseph and the Amazing Technicolor Dreamcoat”, and “Pirates of Penzance”. Over the years, he has sung on the worship team at church. He served as Board Chair for United Way of Grand Forks/East Grand Forks, after serving on the board for 10 years. Derek started his career in television and is now the Marketing Communications Manager at Storm Creek Apparel in Hastings. He and his family live in Shakopee, MN