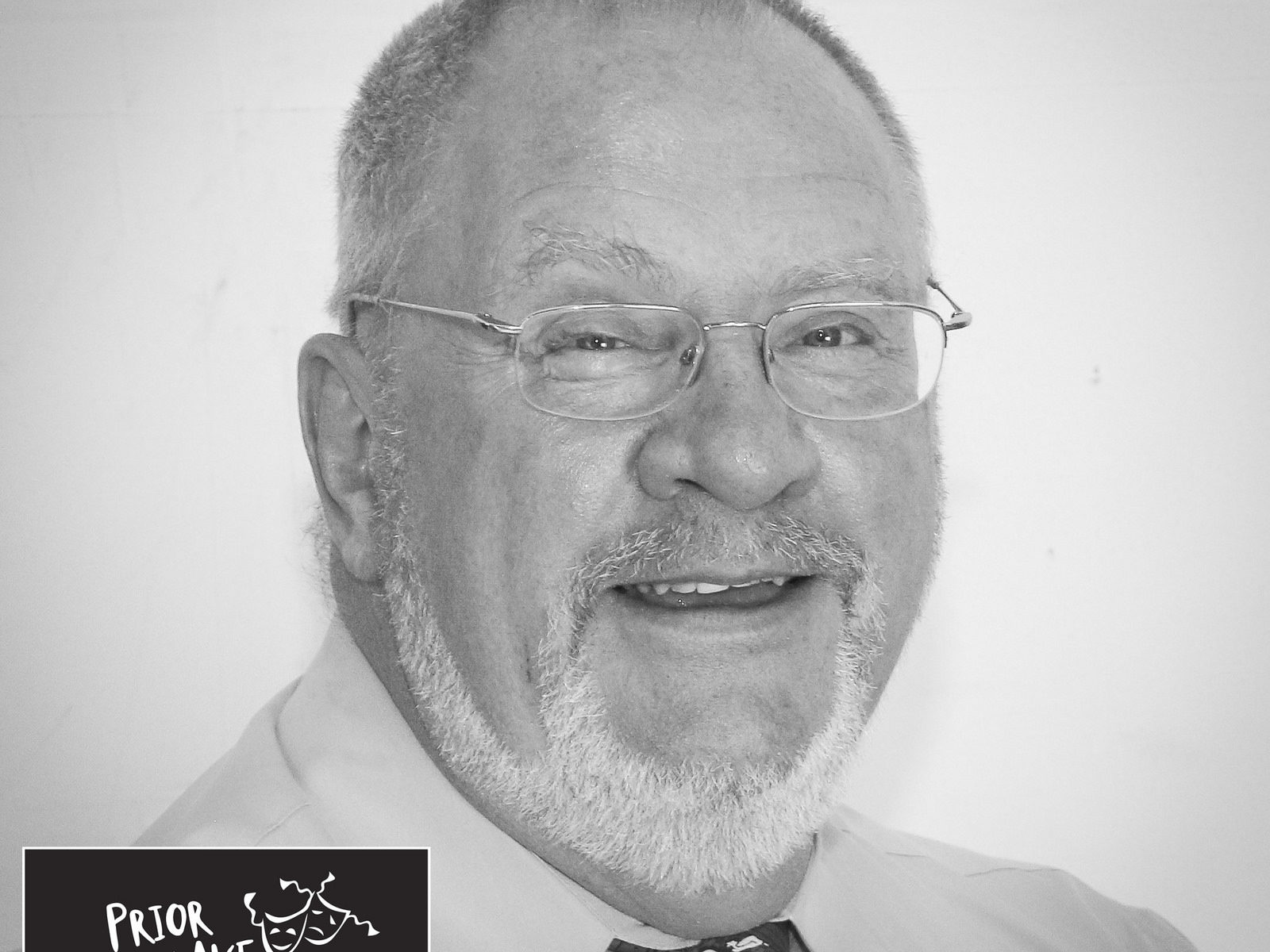 Jerry, a born and raised Prior Laker, began his theatrical career 43 years ago in 1974 as a sophomore at this very school (PLHS at the time) next door in the cafeteria (the auditorium wasn’t built yet). His first role? “Dr. William R. Chumley” in a high school production of “Harvey” directed by Ms. Arlys Johnson! She (and a certain “pooka”) inspired him to pursue theater and since that time he has been either acting, backstage or directing in over 30 productions from high school, college and community theaters.

(Twenty of those have been with PLP, where he debuted as “Chuckles the Chipmunk” in “A Thousand Clowns” in 1980.)

Jerry also served two terms on PLP’s board of directors.

1974 was a big year in Jerry’s personal life as well. He started dating his high school sweetheart/fiancé/wife/incredible person who still puts up with him, Terrie, that same year (after she spilled 8 glasses of Coke on him at Homecoming – long story). They raised 4 wonderful kids, now have 10 fun grandchildren and celebrated their 37th anniversary this summer. Jerry is eternally grateful for Terrie’s love and support. He thanks his directors for giving him the chance to reprise his first role and hopes you enjoy “Harvey” as much as he has all these years.

Performances with Prior Lake Players