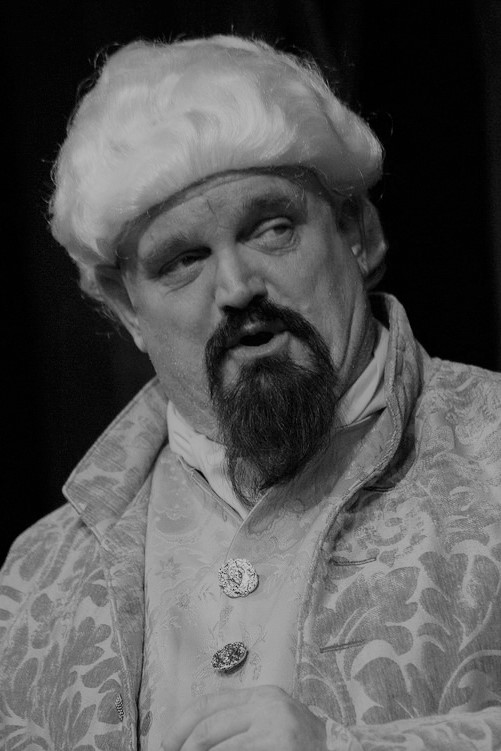 We were able to catch 1981 Nick Sotis Scholarship winner, Troy Stanley, for an email interview between rehearsals for “Big River” at The Broward Center in Fort Lauderdale, Florida. Learn what he has to say about his time with the Prior Lake Players (PLP) and what he’s doing now.

PLP: What /when was your first role as an actor?

My first role with PLP (which was my first real show) was playing Bud Frump in “How to Succeed in Business Without Really Trying”. I was 15 years old and when I went in to audition, I was so new to the experience that when they asked what role I was auditioning for, I said “office boy” only because they told me the show was about working in an office. It was a great experience and led to many shows after that. Nick Sotis played my uncle in that show!

PLP: How did you get involved with the Prior Lake Players (PLP)?

My mom had taken me to a few PLP productions when I was younger and when the Players were first starting out. I remember being so impressed with their productions of “The Music Man” and “South Pacific”, that I wanted to be involved.

PLP: Do you have a favorite PLP moment you can share?

The Players helped raise me. I will always treasure my relationship with Nick and Patti Sotis and Jack and Jan Norstad. They were my theatre “parents” and taught the importance and the power of live theatre.

PLP: In what way(s) has your experience with PLP had an impact on your life?

The Prior Lake Players was a great training ground for me. I went on to work at many theatres in the Twin Cities including The Chanhassen Dinner Theatres (where I did four shows) before moving to warmer climates. I now work in professional theatre in south Florida and am celebrating my 39th year of doing theatre. The Players gave me a great appreciation for the art form and for understanding that theatre is a communication tool that not only entertains, but enlightens and educates people, as well.

PLP: Are you still in contact with other PLP members?

Oh yes! Even though I am 1500 miles away, and it’s been over 20 years since I’ve done a PLP show, I still talk to friends on Facebook and other social media and just had dinner with my buddy Dan Digre, who was visiting from Minnesota and who I did many PLP shows with years ago.

PLP: Of all the roles you have played in the past (PLP or otherwise), which is your favorite?

Oh my god! That is liking asking me to pick a favorite child! I had so many favorite shows I did there. Certainly, Professor Higgins in “My Fair Lady” and Prince Dauntless the Drab from “Once Upon a Mattress” come to the top of the list. Outside of the Players, one of my all-time favorite roles I have played is Max Bialystock in “The Producers”.

PLP: What projects are you working on now?

I am currently appearing as Pap Finn, Huckleberry Finn’s father, in a production of “Big River” at The Broward Center for the Performing Arts in Fort Lauderdale, FL. I try to do about six shows a year and try to do at least on non-musical per year.

PLP: What kind of roles do you prefer?

I am a character actor from way back. I have always been the comic relief or the villain or sidekick. At my age, I play a lot of dads now, which I find I like quite a bit as I am old enough to be the father to these young actors who are playing my children. I find I develop very lovely relationships with them and they continue to remain close to me long after a production is done.

PLP: Who is your favorite actor?

It’s an eclectic list. Matt Damon, Sir Patrick Stewart, Daniel Radcliffe, Harry Morgan (of MASH fame) and Martin Sheen are among them. And I will always be a huge fan of Katharine Hepburn, one of the greatest actors that ever lived.

PLP: What advice would you give someone getting involved in theatre for the first time?

To have fun! Being in theatre is embracing the storyteller inside of you! Tell the story and take your audience on a journey with you as you explore your many great adventures. And remember that theatre has not only the power to entertain, but to educate and enlighten as well!

(This is the first in what we hope becomes a series of interviews with the Nick Sotis Scholarship winners. Have you been awarded a scholarship from the Prior Lake Players? We want to hear from you! email info@plplayers.org.)